After my divorce, I was ready to hop on that horse. To be clear I am not saying back on the horse because I was never really on it. I met my ex-husband at the age of 16 and was with him until I was 48. I had never been with anyone else before or during the time we dated or while we were married. Yes, ladies and gentlemen, this may shock you but I was only with one man until I was 48 and I was damn proud of it. That is until I realized what I was missing. Or so I thought.

Let me back up a bit. In my mind, I was raised to be a good girl, married once, faithful to my husband, never get divorced and live happily ever after. Right?! I thought GOD knew everything I did or was doing, could see right into my fricking bedroom and could read my mind. Needless to say, I was not a very imaginative sexual partner. When I met my future husband, he told me he had been sexually active from a young age (He was 18 at the time). He and a friend had even been a male escort for a time. I hate to admit it but I was pretty naïve and believed everything he told me. He did seem like a bad boy, and I was drawn to him, hook line and sinker. I resisted sleeping with him for what seemed like ages but finally gave up my virginity two months after we starting dating. In my heart, I felt we would be together for the rest of our lives. I guess when all was said and done, 30 years is nothing to sneeze at.

Like every marriage, we had our share of problems, and in the end, divorce was imminent. The light at the end of the tunnel was finding out what I missed by not dating in my teens, twenties and thirties. What I soon found out was that dating is not for the young or weak-hearted. It’s no wonder young people come away from relationships with mental anguish, depression, low self-esteem, and anger. After being married and raising two daughters, you would think I would be prepared to handle anything the dating world threw at me. No such luck!

There is a lot to learn when you start dating, like where do you meet people. The last time I dated I was in high school. Now what? I am not a drinker and never liked the bar scene so that didn’t interest me. Most of my friends were married and they didn’t have many single friends. I worked in a small office with all women and the average age of the patients we treated were in their mid-sixties. To be honest, I have never wanted to cross that line and date a patient. I teach yoga, aqua fitness, and the occasional boot camp class and spend a lot of time at the gym, and that is not the best place to find your true connection either. For those of us taking our health seriously, we don’t have time to sit around and chat. Besides, as an instructor, I need to keep a professional relationship with my students and the people I interact with weekly.

So after speaking to a few friends and my oldest daughter, I decided to try out the dating apps. The process is a little tedious, choose pictures that show you as you are, highlighting the positives, downplaying the negatives, Then your bio, say it all without saying too much. Be witty, clever and honest. Then the real fun begins. I was warned by my therapist not to go to these types of sites because you can start to believe negative things about yourself and relationships. I assured her I was a strong woman and that would not happen to me. Never say never.

I was nervous at first even chatting, then I built confidence. You can get a pretty good idea about someone just by texting. It starts on the app and if that goes well one or the other will suggest texting, so we would exchange phone numbers. Here is where it gets more exciting, if that’s what you want to call it. Most conversations went fine, but there were the crazy ones. The ones that I screened poorly on the app, now have my cell number, and now I am receiving the infamous dick pics, or even the one I had that face timed me then wanted to know if I wanted to watch him masturbate. Others seemed normal enough. So, the next step would be to go on a meet up, maybe coffee, a hike or even dinner. From there, we would each get a better sense of our compatibility. Some of the men I met up with again and then wished I never had. Others have become some of my best friends, like brothers. To this day, I do activities with them that my girlfriends don’t enjoy doing like riding motorcycles and surfing.

I have to say, with all the men I have spoken to and met I have learned a lot…physically, mentally and emotionally. My therapist was right, I was not always able to let go of the hurtful things that were said or done to me during the dating process. What I can tell you is that it has been a learning experience in every sense of the word. I have gotten on that horse, learned new tricks, stepped out of my comfort zone. I can meet up with strangers, hold conversations, learn to be more open-minded and self-aware of how I am and was during my marriage. I have learned a new language, the dating language, verbally and texting wise. I have learned that even in your 50’s, lies, cheating and STD scares are still something you need to deal with. I learned that some men, even in their 40s and 50s, will ghost you instead of just being upfront with letting you know you are not the one. I have learned what catfish means, I have broken hearts and had my heart broken. I have learned that coming home to an empty bed can be a blessing and a curse.

I am not on any dating apps and will probably never be again. My preference would be to meet someone organically, maybe while doing something I love. Dating is hard work and to be honest, no one is representing themselves the way they truly are on a date anyway. It takes time to see who the real person is and if you want to spend a good amount of your life with that person. I am still figuring that all out. In the meantime, my eyes are open, my heart is free and I am living my best life. Fifty may seem old to some but for me, I am just getting started. 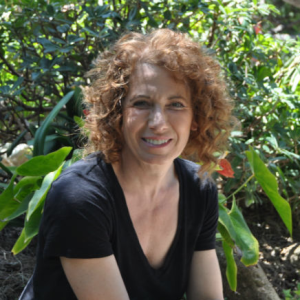